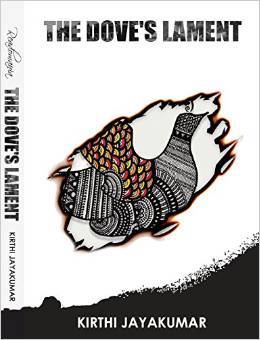 When I was asked to review this book, I groaned. Yet another chicklit, I thought to myself and rolled my eyes. But a quick search told me that this wasn’t chicklit. It wasn’t even fiction.  It is a book about something so real, something so horrifying, something so sad. And something that we think is so far away, but it is something that is actually knocking at our doors.

Each story begins in a place that need to be magnified on the world map, places that most of us can’t identify offhand. Can you point out to Israel on the world map? Wait. Palestine. Wait. Umm…that area. Maybe. Rwanda? Somewhere in Africa. Bosnia? Is that still even a place? And that country in South America? No idea; I can only identify Brazil in that entire continent. So there you go. Lesson One: Geography. But that’s not what this book is about. It is about history. And current events that will someday be buried in the dusty archives of history.

And it is not just history. Or other people’s conflicts. Or war. Last year’s headlines, the Peshawar massacre is retold through the eyes of siblings who have just discovered each other. You take a diversion from the more known horrors of a Taliban-suppressed Afghanistan and are shown the ugly world of Bachha Baazi, a market where young boys are sold to be dancing ‘girls’ for the rich and perverted. And closer home, the horrifying reality of the Balika Badhus whose stories aren’t as lovable as Anandi’s. There is the never ending saga of the Israel-Palestine conflict; one story, For the Love of a Motherland, shows the irony of how one man’s oppressed is another man’s oppressor. And of course, a book about horrifying conflicts won’t be complete without Kashmir and Srilanka.

The format of this book is interesting, a short-story set in the backdrop of a shameful era of human history like the Srebrenica Massacre ( Go Google it) or the Rwandan Genocide which is then followed by a write up about the the actual conflict. And given the nature of these shameful eras in history, most of these short-stories may not even be fiction.

I remember the 90s when every single day the news reader used to talk about a bombing in Bosnia, a headline that I had no idea about. Fire in a Ring of Ice throws light on an issue that has been so vague to me for the past two decades. A friend’s grandmother used to watch Ulaga Seidhigal for news about Kashmir where her grandson was posted; she thought Kashmir wasn’t a part of India. Is it? I still don’t know. Even in this book, Kashmir has a sad story of its own. With a separate map.

The writing is very good, but I found that the parallel tracks of narration in every story were a bit repetitive and somehow predictable. That style works better for novels; in short stories, there isn’t enough time and space to bring out the depth of each character this way. Though they are all independent short stories, they are gripping enough to keep you going from one to the other without a pause. Makes you  want to know if the next horror is more horrifying than the horror you just read about, and so you keep reading till the very end.

What bugged me? The the urls as footnotes in the print version of the book. It made no sense. Like hashtags on paper or carbon copies in emails. Also, I didn’t understand the cover. Maybe I am not arty enough for it, but I would have preferred a more jarring cover, one that reflects the sadness and pain of the tales inside and stands out so that you take notice of the book in crowded stands.

It is a small book but it covers the entire world. Fly with that dove in search of a safe place to perch, find none, and lament. No, I won’t say that there is hope. I don’t believe in blue skies and rainbows.  I’m a pessimist, so I’lI say that this book has scope to become a trilogy.

You can buy the book here.